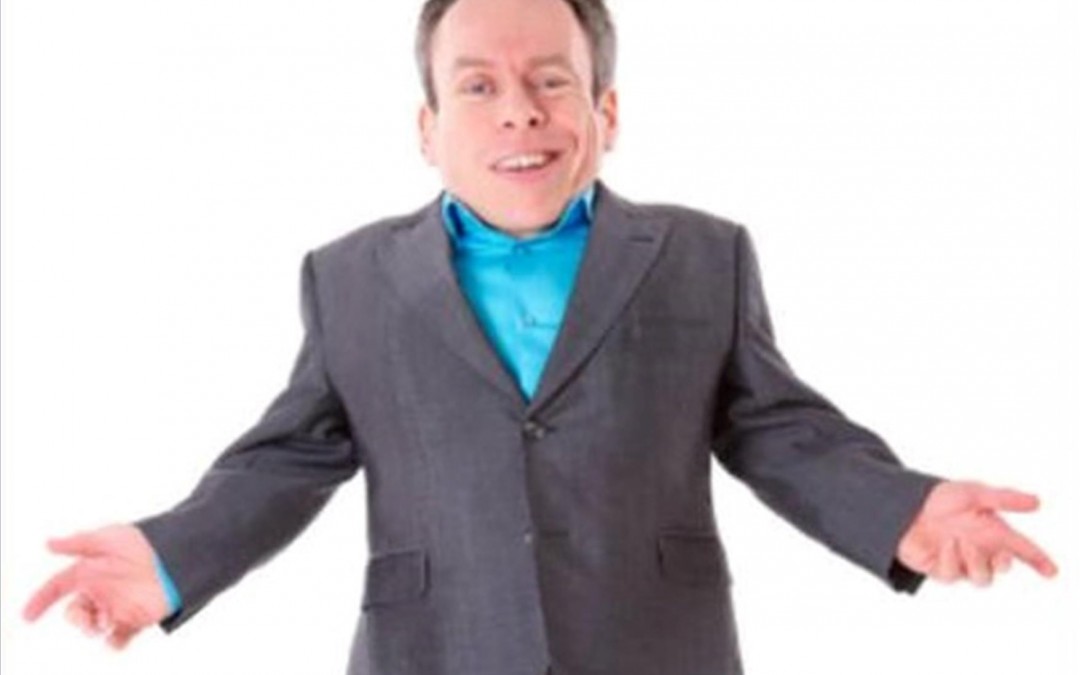 English actor Warwick Davis was born in Epsom, Surrey, England, the son of an insurance broker and his wife. Davis was born with the condition spondyloepiphyseal dysplasia congenital (SED), which caused his dwarfism. He was educated at City of London Freemen’s School. When he was 11 years old, his grandmother heard a radio appeal for people under four feet tall to appear in Star Wars: Episode VI – Return of the Jedi (1983). A huge Star Wars fan, Davis auditioned successfully and was cast as an extra, playing an Ewok. Kenny Baker was cast as lead Ewok Wicket, but fell ill soGeorge Lucas chose Davis to replace him. The film was a smash hit, and Davis went on to reprise his role as Wicket in further TV projects – The Ewok Adventure (1984) andEwoks: The Battle for Endor (1985).

Davis next big role came with a part specifically written for him, as the titular hero in Willow (1988). Other successes followed with roles in such projects as Prince Caspian and the Voyage of the Dawn Treader (1989) and two distinctly different film series – the ‘Harry Potter’ and ‘Leprechaun’ film series. In 2006, he appeared in a cameo role in Ricky Gervais and Stephen Merchant’s hit sitcom Extras (2005), which led to the pair writing a series specifically for Davis, the comic mockumentary Life’s Too Short (2011).

Davis, along with his father-in-law Peter Burroughs, is also the director of an acting agency for very short and tall actors called Willow Management. He is married toSamantha Davis and they have a son and a daughter.