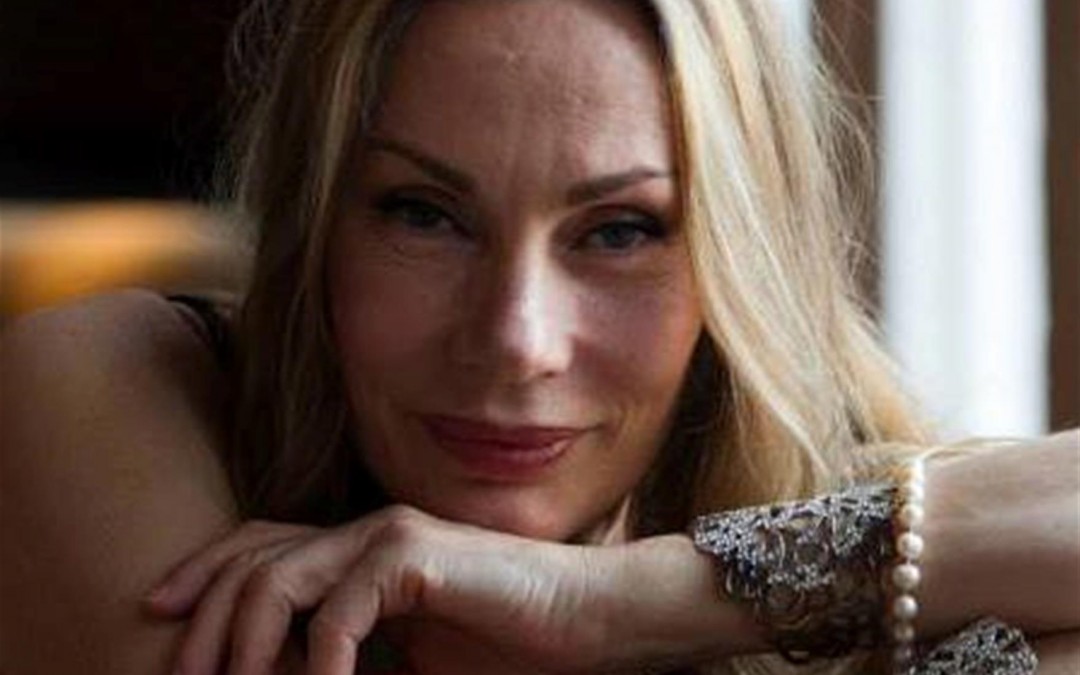 Virginia Hey is a well-known Australian actress and former model/fashion editor who moved into the world of perfume design in 2001.

Born in Sydney, Australia, Ms. Hey divided her time and education between her hometown and London. Virginia has an extensive bio and a 37 year track history with the entertainment, fashion, natural health and beauty industry in Australia and the UK.

Ms. Hey’s acting career began following a successful modeling career, where she was spotted by casting directors and placed in her big screen debut with Mel Gibson in the film classic Mad Max 2: Road Warrior, in which she portrayed Warrior Woman. Since then, Ms. Hey has also appeared with numerous international stars, including George C. Scott in Mussolini, Heath Ledger in Roar, James Bond 007 Timothy Dalton in The Living Daylights, and Christopher Atkins in Signal One.

Her career in front of the camera started as a fashion model whilst she was attending a Fine Arts diploma course, soon she found herself snapped-up by casting folk and began her acting career opposite Mel Gibson in her first big break in Mad Max 2: The Road Warrior (1981)(aka “Mad Max 2: The Road Warrior”) as the “Warrior Woman”. She was also one of the Bond girls in The Living Daylights (1987) and, most recently, played the multi-award-nominated blue priestess “Zhaan” in Farscape (1999) (1999-2004).

In the 80’s and 90’s Virginia used her public spotlight to bring attention to natural health and beauty regimes, and was a regular popular fun guest on Australian chat shows, which led her in turn to begin teaching health, nutrition, beauty and meditation during her 30 year career in the public eye in Australia..

In the mid to late 90’s in between acting roles Virginia was a freelance fashion and still-life stylist, and then became a fashion editor in Sydney for “For Me” and “Bride to Be” magazines until she stepped into the role of “Zhaan” on Farscape.

Miss Hey was brought to the USA in 2001 on the wave of Farscape fan frenzy. Miss Hey received her “Alien of Extraordinary Ability” Greencard in 2002 and settled into Santa Monica, California, USA until 2012 when she returned to the UK.

While she was in the USA from 2001-2011 Virginia worked further on her design skills. Having made perfumes for herself for 30 years, Miss Hey was convinced by thousands of fans at conventions across the US to offer her perfume publicly. For 10 years Virginia worked tirelessly on two exquisite candle and perfume lines, White Flower Lei and Virginia Hey Couture, both launched in Fred Segal. Unfortunately due to the lack of a financier to push the lines forward, both lines and their websites dissolved at the height of their popularity.

2013 saw Miss Hey return to England after a 30 year absence. Miss Hey is now making soaps and perfume for her business, White Flower Lei, and is living in SW England. Virginia continues to audition, and travels extensively doing her tour of Appearance dates each month throughout the UK. virginiahey.com/appearances-signings/ and has her own radio show on UK CKDS.

Whether in Europe, USA or Australia, Virginia hopes to open the second half of life concentrating on all her arts and creative talents. (IMDB)