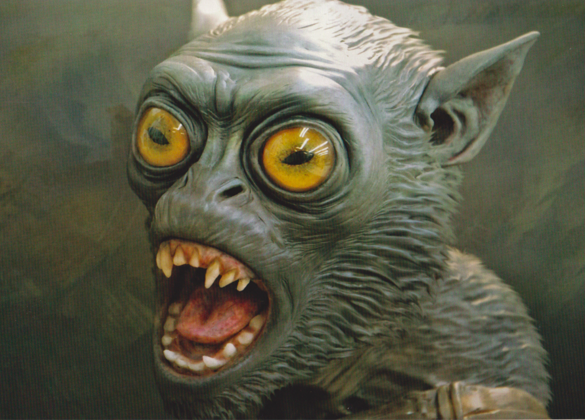 Paul Warren is currently a highly sought after actor actor/creature performer, having worked on such films as Star Wars: The Force Awakens, Guardians of the Galaxy, Thor: The Dark World, Clash of the Titans and World War Z.

The oldest of three brothers and three sisters, Paul was born in Hillingdon, Middlesex, England in 1974.

Leaving school with qualifications in drama, art and music, he formed the post-punk rock band ‘Monkey Boy‘ with his brother Mark in 1995. A minimalist trio from London, they consisted of just two bass players and Paul the singing, front-man drummer.

In 1998, after generating a massive buzz on the underground punk rock scene, they signed a record deal and immediately started touring Europe, building a formidable following and critical acclaim from the likes of John Peel, Kerrang!, Metal Hammer, Rocksound and Melody Maker.

The band went on an indefinite hiatus in 2006 after Paul was offered the job of Daniel Radcliffe’s body double on Harry Potter & the Order of the Phoenix.  He spent much of his time 20ft up in the air on the hydraulic broomstick system and doing other physically demanding activities during the shoot, whilst building a good rapport with the cast/crew and a reputation as a versatile performer.
In 2007 he was recommended to the legendary Stan Winston Studio as a good choice to play a character in prosthetics in ‘The Deaths of Ian Stone‘. This door opening into the world of acting under silicone and foam latex, is what ultimately led to a film career playing characters in heavy prosthetics and creature suits.

Although known mostly now as a creature performer, he had a regular role on BBC’s Sorry I’ve Got No Head for 3 seasons and was one of the visual effect doubles for skinny Steve Rogers a.k.a Captain America: The First Avenger.