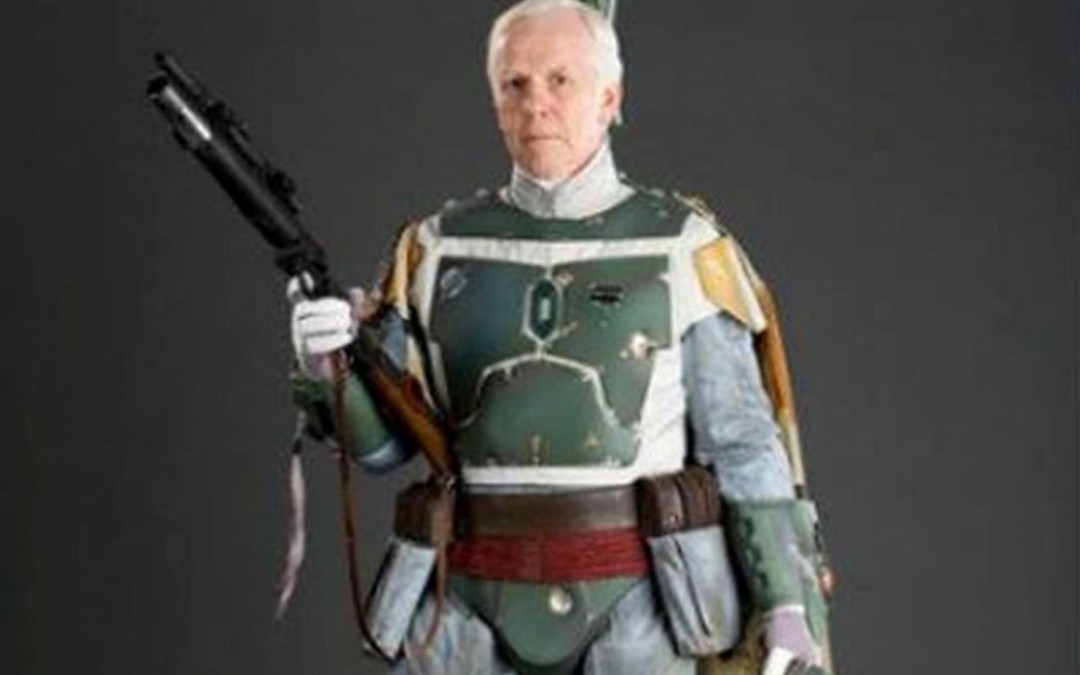 Jeremy Bulloch was born on February 16, 1945 in Market Harborough, Leicestershire, England. He is one of six children and even at the young age of five was on stage in his school show enjoying acting and singing. After failing a school exam at the age of eleven, Jeremy seemed destined for the acting profession and was soon attending Corona Academy Drama School, making his first professional appearance at the age of twelve when he appeared in a commercial for a breakfast cereal.

Following many appearances on children’s television, Jeremy’s big break came at the age of 17 when he landed a major role in the musical film Summer Holiday (1963) which starred the pop idol Cliff Richard (now Sir Cliff). Shortly after, he went into a BBC soap opera called The Newcomers (1965) which ran for three years and made him a household name in the United Kingdom. In 1969, Jeremy was off to Madrid in Spain to play the leading role in a musical film called Las leandras (1969). This was followed by two major films: The Virgin and the Gypsy (1970) and Mary, Queen of Scots (1971).

During the 1970s, he made many other screen appearances, including the James Bond films, in which he portrayed the character ‘Smithers’ (Q’s assistant). In 1977, Jeremy spent six months in the Far East, where he was based in Singapore and travelled to the Philippines, Hong Kong, Malaysia, Thailand and Indonesia filming a BBC drama documentary called ‘The Sadrina Project’. This documentary was designed to teach the English language to people in the Far East, mainly the Chinese. On a trip to China some 15 years later, where Jeremy was performing in a stage play, he was instantly recognised by hundreds of people who said they had learnt their English from the Sadrina Project.

In 1978, he was starring in the television comedy series Agony (1979), which was co-written by an American called Len Richmond. It was during this series that Jeremy was asked to play a small part in Star Wars: Episode V – The Empire Strikes Back (1980). The part, of course, was Boba Fett – proving the old theatrical saying that “there is no such thing as a small part”! Star Wars: Episode VI – Return of the Jedi (1983) soon followed and Jeremy was invited to reprise the role of Boba.

Since the early 1980s, Jeremy has played many roles on television and on the stage in London’s West End. He has also done two worldwide theatre tours covering the Middle and Far East. Jeremy appeared regularly in the favourite television series Robin of Sherwood (1984), in which he played the part of Edward of Wickham. Jeremy’s son Robbie was asked to play Matthew in the series. ‘Robin of Sherwood’ has a great following all around the world, and Jeremy attends the convention ‘Spirit of Sherwood’ in Novi, Michigan every year, work permitting. Another popular series he has appeared in is Doctor Who (1963) where he played Hal the Archer in ‘The Time Warrior’ with Jon Pertwee, and also Tor in the ‘Space Museum’ with William Hartnell as the Doctor.

Since the re-release of Star Wars in 1997, the interest in the character of Boba Fett has meant that Jeremy has been invited to many sci-fi conventions and events all around the world. His fan mail has increased five-fold, and he manages somehow to reply to everyone that writes to him. In the little leisure time he has left, he loves nothing more than a game of cricket with his friends. Jeremy also enjoys travelling; in the past few years he has spent more time abroad than at home. He has collected an awesome amount of Boba Fett memorabilia, some given to him by dedicated fans, and some he cannot resist buying at toy fairs. His office at home resembles a Boba Fett museum.

Jeremy has three grown-up sons, and lives in London with his wife Maureen, and lucky black cat ‘Percy’.